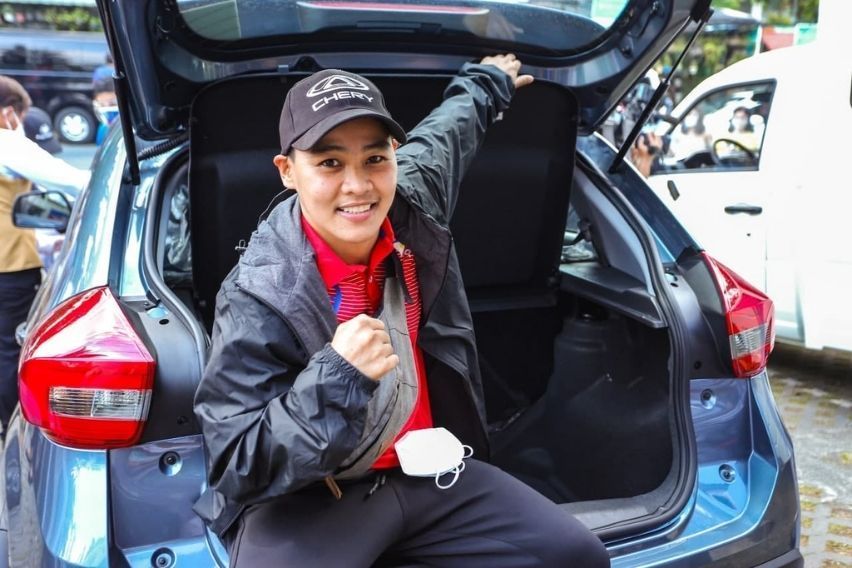 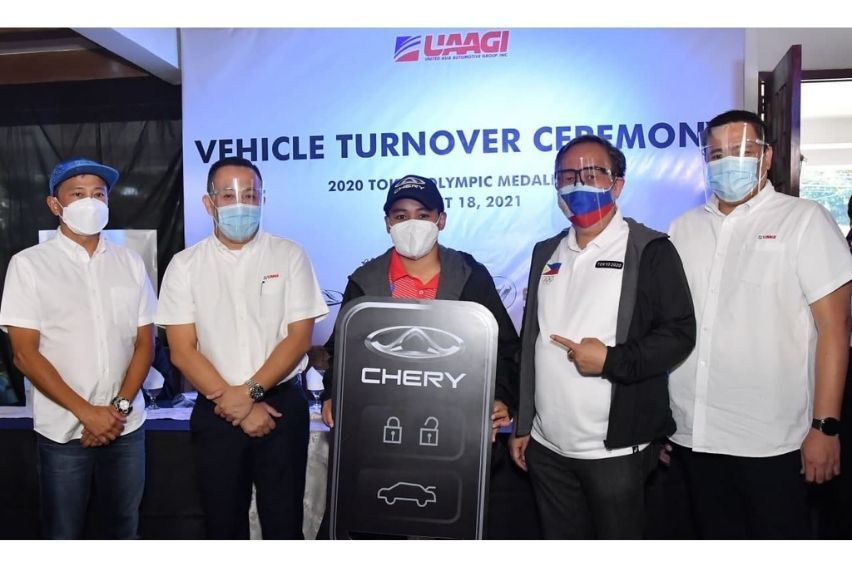 “First time ko po talaga makatanggap nito. ‘Di ko po in-expect na may magbibigay po sa’kin ng kotse (This is my first time to receive something like this. I did not expect that someone would give me a car),” Petecio stated. 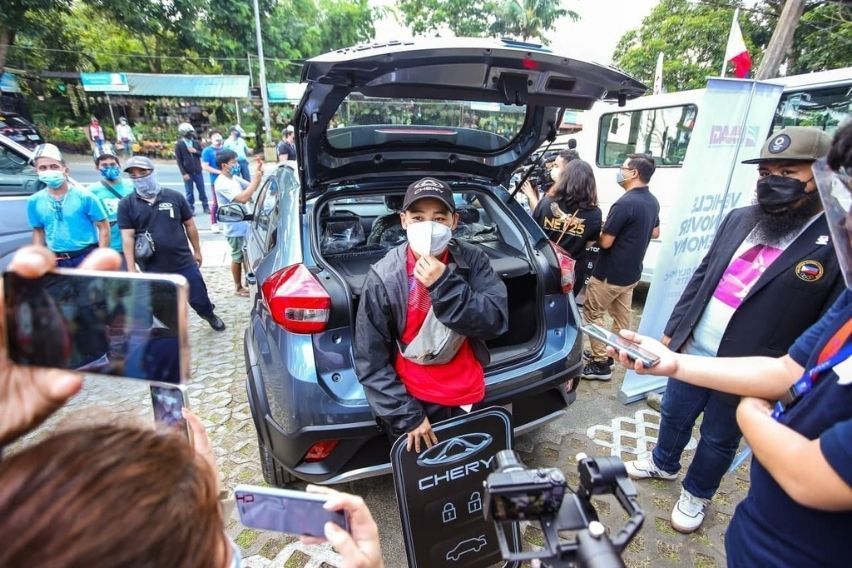 The 29-year-old boxer was raised in the province of Davao where she started her boxing career when she was seven years old. At the age of 15, Petecio joined the national women’s boxing team. 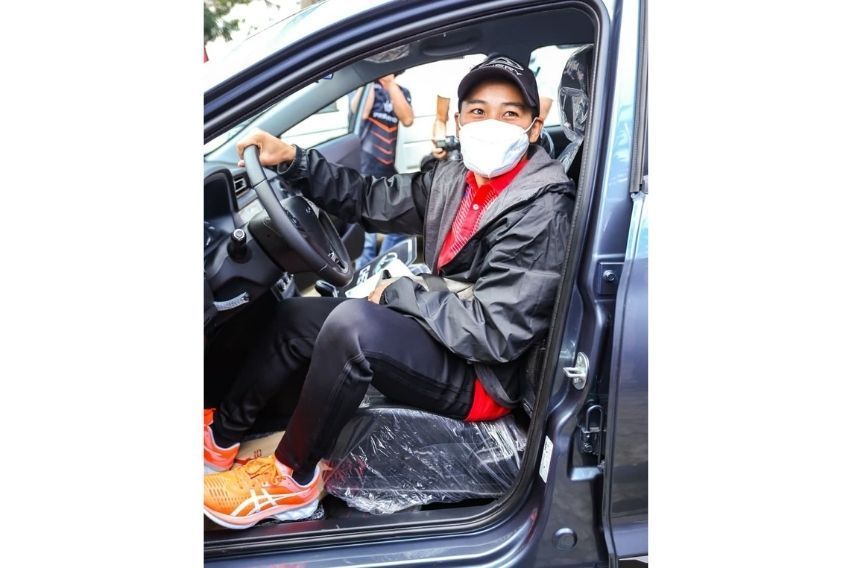 In 2014, she competed at the Asian Games in Incheon, South Korea. She also participated in the 2019 AIBA Women’s World Boxing Championships where she won gold.

Last August 2, Petecio represented the country in the 2020 Tokyo Olympics and took home the silver medal in Women’s Featherweight Boxing. 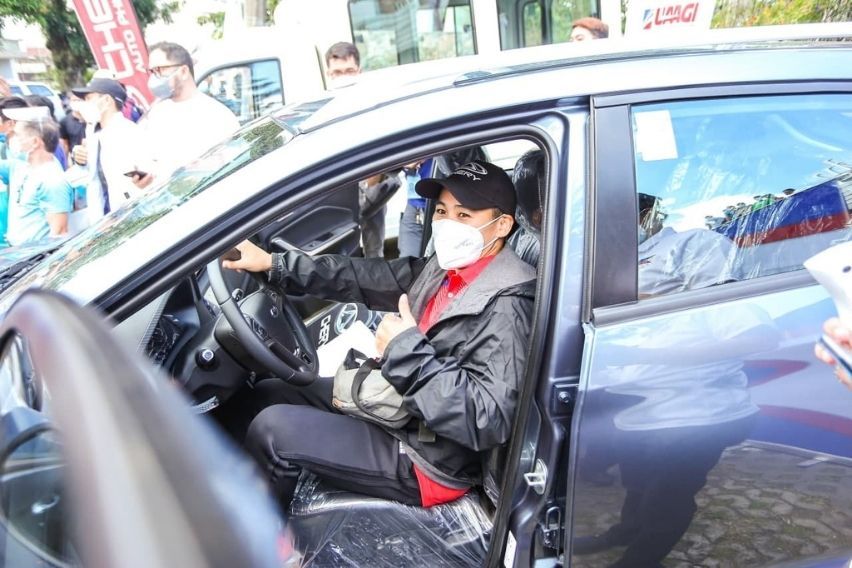 “Lahat po ng karangalang natanggap ko, para po sa’ting mga Pilipino (All of the recognitions I have received is for us Filipinos),” Petecio added. 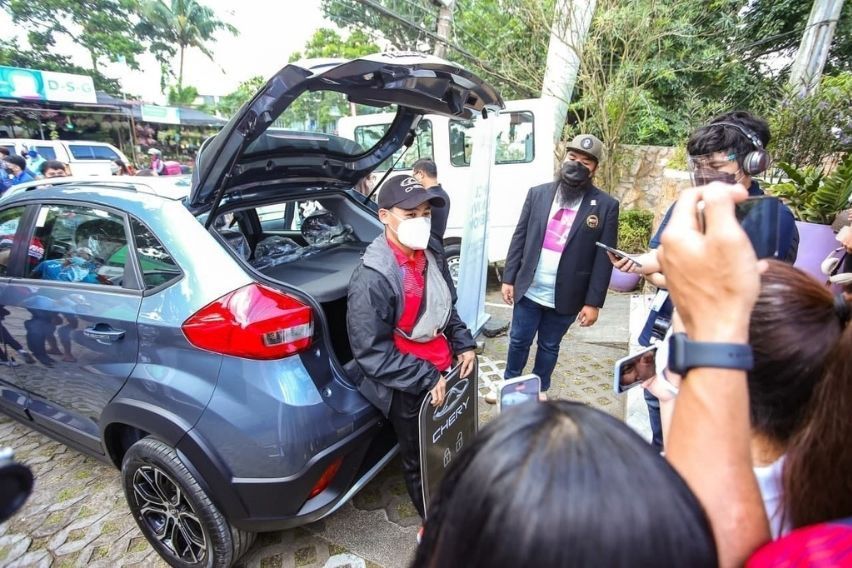 UAAGI President Rommel Sytin has been supporting Filipino athletes through mobility sponsorships. During the turnover ceremony, he said, “We thank you for the pride and glory you carried for our country. I was in tears when I saw you on TV, and I must say that the shower of rewards you’re receiving are well-earned and deserved.” 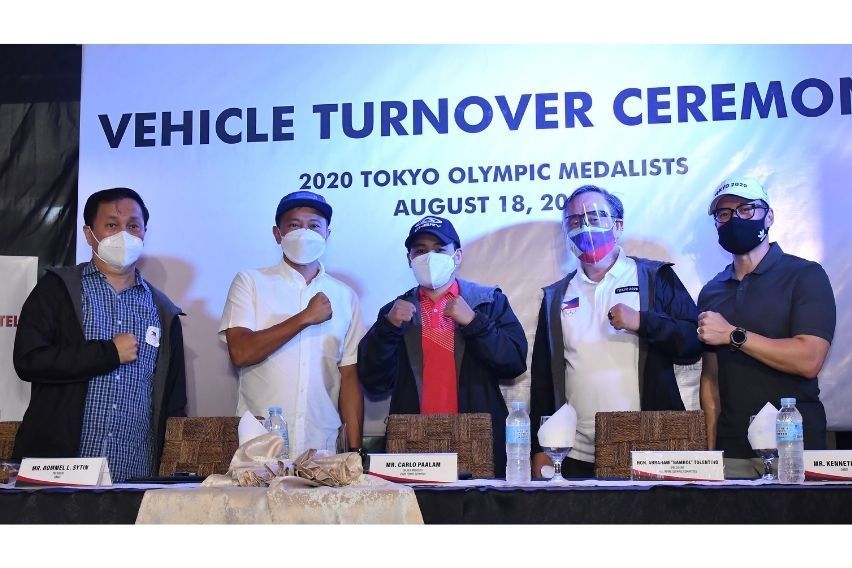 Petecio personally picked the Tiggo 2 AT Variant. “Ang ganda po. (First time ko,) at excited na po akong i-drive ‘yung Chery ko sa mga lugar na ‘di ko pa napupuntahan (It looks nice. It is my first time and I am excited to drive my Chery to the places I have never been to),” Petecio exclaimed. When asked about her first driving destination, the Olympic medalist said that she would like to visit Baguio. 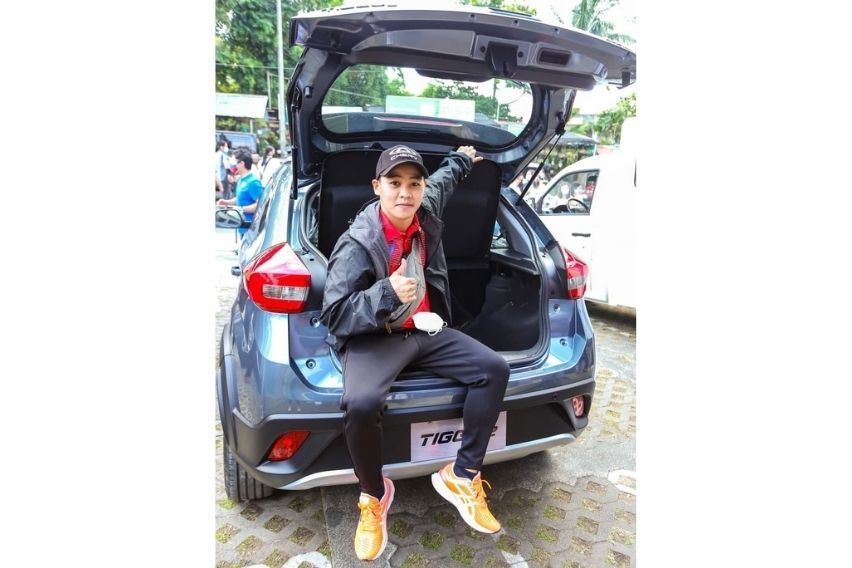 Petecio’s five-seater Tiggo 2 AT is Galaxy Gray-toned with sporty leather seats inside and boasts strong, cool air-conditioning. It is also equipped with an HD touchscreen with Mirrorlink connectivity and reverse camera features. 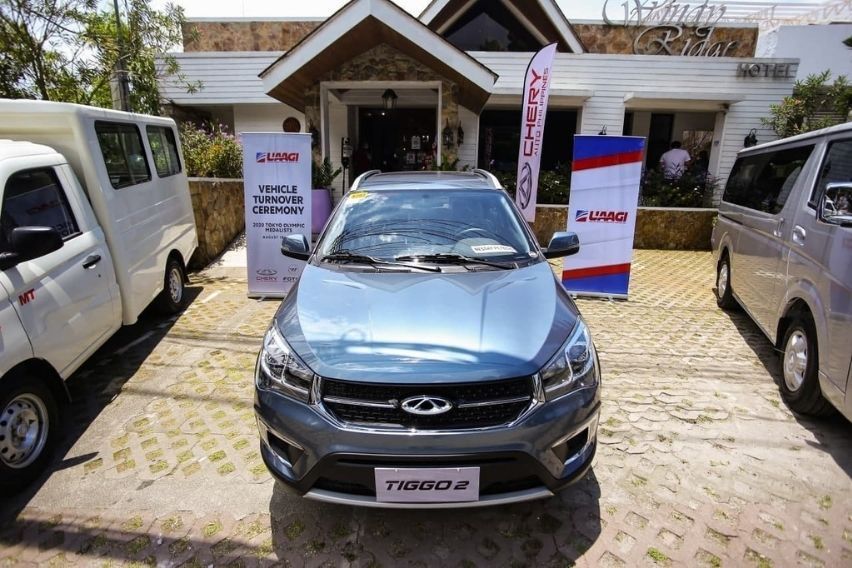 The Tiggo 2 AT features a spacious cargo area and ample legroom for the driver and passengers. It has a ground clearance of 186mm that makes it safe from floods and potholes of local roads. 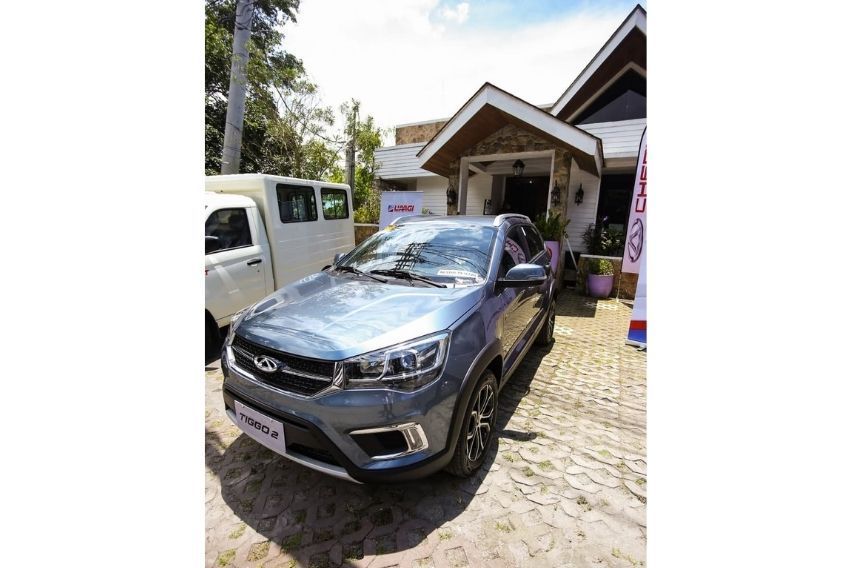 Petecio stated, “Sobra po ang pasasalamat ko sa UAAGI at Chery for this opportunity na magkaroon ng bagong sasakyan. Mas nakaka-inspire po, at sana ‘wag po kayong magsawang sumuporta sa mga atletang Pilipino (I am very grateful to UAAGI and Chery for the opportunity of having a new car. It gets me more inspired and I hope that you will keep supporting the Filipino athletes).” 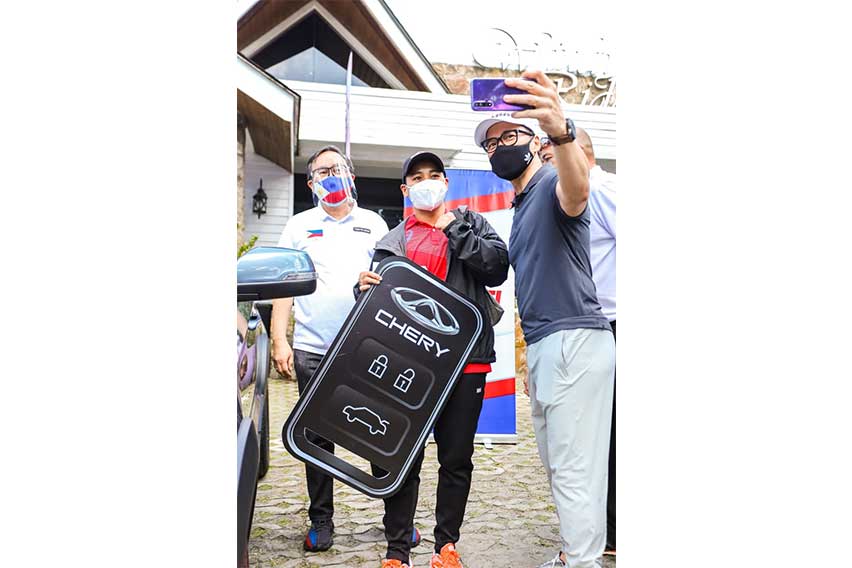 Petecio proudly announced that she named her new car “McQueen.” 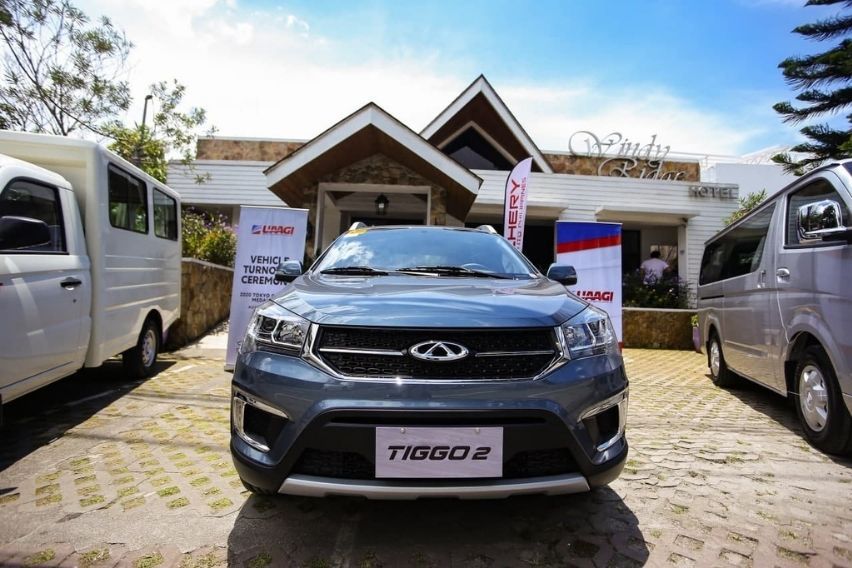 Sytin stated, “This vehicle turnover ceremony marks another milestone in our shared goal — the recognition of the Filipino talents, and the reinforcement of eminent mobility,” noted Sytin. I hope that the Chery Tiggo 2 would give Nesthy an enjoyable ride as sweet as her name and victory.”