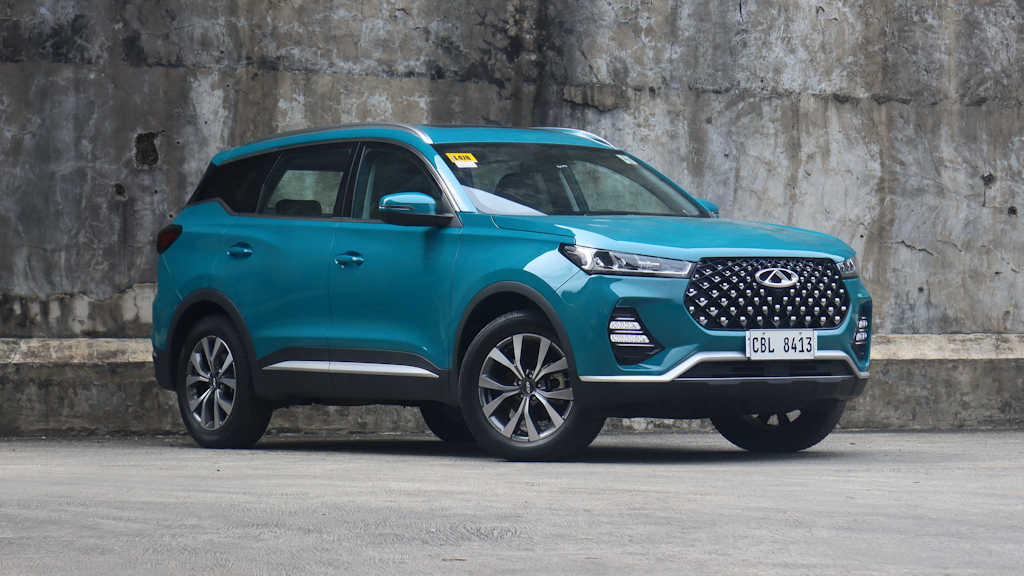 The last time the 2021 Tiggo 7 Pro graced our garage, it was the Radiant Red unit. Colorway aside, it was, more importantly, a pre-production engineering unit that actually had different specs than the model that eventually made it to Chery Auto showrooms. How different you may ask? Well, it was speced way less.

This is quite surprising, refreshing even, given that the playbook other car manufacturers would adhere to would be to bring in a top-spec model as a pre-prod unit, only to dumb it down once it came to selling to the public. Now, whether it’s a sign of how competitive the compact SUV segment is with all these Chinese entrants, or an inspired moment from Chery Auto Philippines, but they went the other way. Instead of offering less to Filipino buyers, they’ve opted to give more—more for the same P 1.198 million price tag. Seriously, this has got to be the most feature-packed offering in this price point.

At a glance, the production spec Tiggo 7 Pro looks identical to the pre-production version, except of course this particular unit’s sporting its image color, Brilliant Teal. Peer closer though and you’d notice that the tires, while retaining their 225/60R18 size, have swapped from Maxxis M3 Bravo HPs to Yokohama Geolandar CV G058 Blue Earths. It didn’t affect performance too much (later on that), but we’re pretty sure some buyers are happy to see Japanese rubber instead of Taiwanese ones as standard equipment on their brand-new SUV.
Though the exterior’s similar (except for the tires), it’s inside where the production Tiggo 7 Pro really splits from its pre-production counterpart. Like before, fit and finish are generally good (there are still some cheap bits such as the wiper/light stalks and the window switches). However, the red leather highlight is gone. Originally found on the dashboard and door trims, it’s now been swapped for an all-black number. Without that pop of color, the interior looks much more somber.

In its place though is a much longer interior equipment list. Features that have made it into the production Tiggo 7 Pro that were absent before include the dual-zone climate control, wireless phone charger, and a 360-degree camera. This is on top of features such as a panoramic sunroof, customizable ambient interior lighting, 6-way power adjustment for both the driver and front passenger, rear parking sensors, and a power tailgate.
Apart from being one of the best, if not the best equipped compact SUV in the market, the Tiggo 7 Pro passes the crucial interior space test too. With ample head, shoulder, and leg room front or back, it’s great as a day-to-day vehicle for a family of four (or even five). That said, while its luggage space is still good, it’s not as generous as others in its class due to the suspension protruding too much into the cargo hold.

Getting comfy in the Tiggo 7 Pro is easy enough with ample adjustments to the steering wheel and seats. The seats themselves are generously bolstered and promote a relaxed driving position, while the thick three-spoke wheel is great to hold.
With that in mind, it’s time to discuss the driving aspect, or rather what makes it different from the pre-production Tiggo 7 Pro. At low speed, they behave remarkably the same—impressive levels of NVH, a soft, cushy ride. At higher speeds though, the decision to switch to Yokohama tires has made it a tad quieter, while road holding feels more confident. The difference isn’t night and day, mind you, but it is noticeable. One surprising thing is that fuel economy’s gone up to 9 km/L from 8 km/L. However, that’s probably down to less traffic than the eco-oriented tires.

Meanwhile, the ultra-stiff T1X platform means that the Tiggo 7 Pro rides and handles pretty well. The steering effort is changeable via the on-board menu (or automatically tied to the drive mode), but it’s best to keep things in Sport for a steady, weighty feel. Through corners, it feels solid and stable, but not spirited. It does, however, manage to curb most potholes without feeling overly floaty. Plus, the chassis is free from niggles and wiggles. However, despite all of the engineer’s efforts though to keep the cabin as rattle-free as possible, there’s one letdown: an annoying squeak emanating from where the rear left-hand seat meets latch.
Like all other Chinese SUV offerings, the Tiggo 7 Pro packs a 1.5-liter 4-cylinder engine. Even with turbocharging, the powers aren’t big: 145 horspower and 230 Nm of torque, yet they do a fine job of keeping everything moving briskly. A driver-selectable toggle switches between Eco and Sport, but Eco feels too neutered. Like its steering effort setting, Sport gives a “just right” feel.

Mated to the engine is a steel-belted CVT. Its tuning is made to keep revs as low as possible, so any attempts to coerce full-throttle acceleration is met with resistance (and a rather unpleasant engine note). Driven sensibly though, and it’s a smooth operator. The drive-by-wire shifter though takes some getting used to. Chery should have taken a page off BMW’s book where drivers can quickly shift from Park to Drive or Reverse in just one action. As it is, drivers will need to tap down twice for drive and twice up for reverse. It’s a set-up we’ve seen before in Volvos, and frankly, we’re not big fans.
Being our second time with the Chery Tiggo 7 Pro, you’d think that some of the novelty would have faded by now, but that’s not the case. If anything, it’s made us appreciate the amount of planning Chery Auto Philippines has done to come up with such a competitive SUV. Understandably, there are those who’d remain hesitant to plop down their hard-earned money on a Chery. For those who’re willing to try though, they’d quickly realize that this isn’t the Chery of old. Not only will they get a compact SUV that’s priced competitively, but they’ll get one that offers solid dynamics along with a well-thought-of set of standard features.